Throughout the world, anniversaries exist and remind us of a specific time when governments, terrorists, dictators, etc. killed innocent people. As the date nears, conversations grow, pictures and videos resurface, and people recall their own memories of the tragedy.

We hold on to these dates in history with sadness and grief. We cling to the memories like a child clings to his/her blanket, as if holding on to the date brings some sort of understanding or semblance of peace. We insist we’ll never forget.

Now the world gets together on weekends and anniversaries with memorials and moments of silence. We mark the time the planes hit each tower, the Pentagon and a field in PA. We see photos of burning buildings, disheveled first responders and survivors, twisted metal and blankets of soot. We watch videos and hear recorded messages. We do all of this in remembrance of September 11, 2001. Then, on September 12, we go on with our lives, cursing the driver who cut us off, glaring with judgement at the person dressed differently, and taking to social media to bash any one and everyone who is different from ourselves.

The  bumper stickers, the memorials, the ribbons all claim we will never forget. But we do- we do forget. 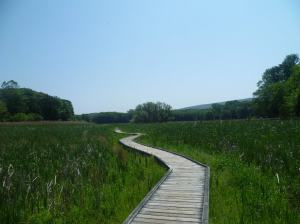