Once again, I am taking part in Blogdramedy‘s writing challenge. Her requirements were minimal, which meant it was a good fit for me. First, we are required to write nine stories for the next nine days (Dec. 11th – Dec. 19th). Second, we were only required to come up with 243 words per story. Third and final, we must write about the nine reindeer who are founding members of the Reindeer of the Icelandic Antler Club, which includes Rudolph.

I hope you enjoy my first installment, and may you return for the eight remaining installments to come. 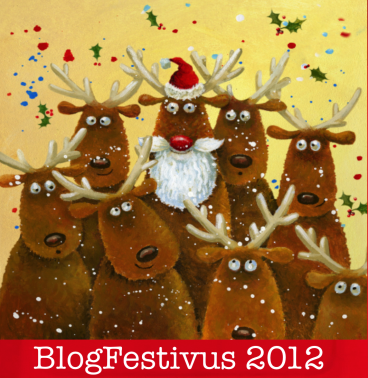 Dasher was dumfounded. Alone he asked “How could this happen? All these years we were kidding. We were only kidding. He knew this. Surely, he knew this.”

He looked at the letter again, shaking his head. The sleigh bells dangling from his neck jingled a not-so ring ting tingling tune. Frustrated, he aggressively bowed his head and caused the sleigh bells to hit the floor with such a clatter.

He didn’t like what he was feeling. His hooves stood solidly on the floor, even as the question crossed his mind. “What if it wasn’t too late?” But he did not race out the door. He did not dash to help.

He looked out the window. The weather outside was frightful, and the forecast did not look delightful. “The others? What’ll I tell the others?” He wondered if they received a letter, too.

He took a deep breath and blew it out hard. Picking up the phone, he called one of his partners. “Hey. It’s Dasher. Listen, I need to come by and talk to you. Face to face. Is now a good time?” He hung up and headed for the door.