I miss Facebook. I do. I miss eavesdropping on the lives of others. Is that a bad thing to admit?

I have one Facebook friend living in Nevada. She is an avid cyclist, horseback rider, world traveler and artist. I love living vicariously through her adventures. She took me skiing one weekend. Well, I didn’t really go skiing with her, but I pretended I did. (I had a great time, too.) As I spend 40 days without Facebook, I wonder what sort of adventures I am missing with my Nevada friend.

We’ve all heard about the horrific earthquake and subsequent tsunami in Japan. Tsunamis also occurred along the islands of Hawaii and along the west coast of the United States. I can only imagine the chit chat that occurred on Facebook and Twitter during the initial news of the earthquake and tsunamis. My Dad lived in Japan for at least 5yrs, during the Korean war. I can’t help but wonder what sorts of conversations I would have had with my Dad about the devastation in Japan, if he were alive today. I also wonder about my friend, Bill.

Bill lives in Southern California. Like my friend in Nevada, I live vicariously through Bill and the journeys he takes aboard his boat, Sweet Amnesia. I hope the boats in the harbor where Sweet Amnesia calls home made it through the waves safely. And, I hope Sweet Amnesia is still yar.

I also miss the various ramblings posted by friends and family. Plus, I miss rattling on about my boys. After a large rainstorm earlier this week, Joe was quick to go outside and roundup some worms. He was so proud to fill his red wheelbarrow up to the rim with mud. And, he swore he had about 63 worms living in the mud. 63! If I were accessing Facebook, I would have shared a picture of Joe, standing proudly next to his mud and worm filled wheelbarrow. No doubt, my Facebook friends are saddened to miss such a moving snapshot.

I think most of all, with respect to Facebook, I miss the pictures. Though the world can live without a snapshot of my kid’s worm collection, it is nice to have a place where you can see pictures of friends and family living and enjoying life. Tonight, my sister in Texas is gathering with her kids and her friends. I’m willing to bet pictures will be taken and posted to Facebook. My niece is a week into her Appalachian Trail hike, and if she can – she’ll be posting pictures to Facebook. (Thankfully, she also has a trail journal online, which I access daily.)

I don’t mean to whine or be dramatic; I know I am giving Facebook up by choice. Still, as I continue without Facebook, I am finding pictures are what I miss the most. 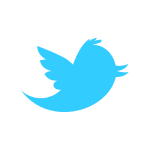 Being the political geek (though still ignorant to much of politics), I miss following the great Neal Boortz (@Talkmaster) and the best Washington political correspondent Jamie Dupree (@jamiedupree). If you ‘Twitter’ and you don’t follow these guys, you should. Jamie will educate you on the goings on in politics, while the Talkmaster will do his best to tick you off and make you think at the same time. Then again, maybe Boortz will just tick you off.

If I were still accessing Twitter, I’d be actively tweeting the Talkmaster and Jamie Dupree. And, I send out a few random bursts of silliness, whenever inspired by life as it happens around me. For example? As I type, I am outside enjoying sunny skies and mild temperatures. The birds are singing around me, and my husband and son just set off to go fishing. (Was that over the 140 character limit?)

How about: “My son just sat next to me and said, ‘I want to watch the happy birds eating the birdseed.’ Life is great!”

And, “I love the song of the Cardinal. He seems happy. The Tufted Titmouse? I think he is cranky.”

Or, “I had a telephone interview today for a new part-time job! I think it went well!”

Followed by, “The interview DID go well! They’ve asked me for a face to face interview later this week!”

And finally, “My 6 yr old corrected me at least twice while reading him a book about bugs. He pronounces the words better than I.”

Yes, I miss Facebook and Twitter. Though I am enjoying the time offline, I still feel the urge to plug in and peek into the lives of others. Clearly, eavesdropping and stalking are hard habits to break.

12 thoughts on “If I were Facebooking or Tweeting, I would say…”