Tuesday night, Charlie spent the night at a friend’s house, while Joe and I went out for pizza and a movie.

So, I was not surprised when I looked in my rear-view mirror on the way home from camp to find two boys zonked out. I snapped these shots while stopped at a red light. Guess what?! I used my cell phone! 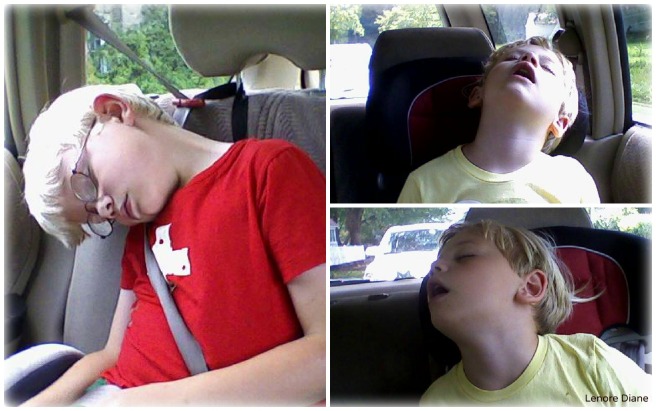