Do I know you? I follow your blog, and I read your thoughts, but does that mean I know you?

I have a handful of friends, provided a handful equals three. More specifically, I have three friends whom I stay in touch with on a regular basis (meaning we make contact more than four times a year) and could easily identify in a line-up (not that any of the three would find themselves in a line-up).

These three friends are my friends within the real world. I see them. I touch them. (Hugs, people. Jeepers.) And, sometimes – when they pass gas, I can smell them.

I also have friends outside of the real world. (At least, I think we’re friends. I have not come right out and asked.)

When I first started blogging, I had a very small community of readers. By small, I mean my oldest sister read my posts. Gradually, my visitors increased. Moreover, I started having repeat visitors, and they returned frequently!

Suddenly, I had a new world of friends – virtual friends.

One of my virtual friends is Kim. The more I read her stuff and the more I interact with her via Twitter, email, and Facebook, the more I am certain we’d be friends in the real world. That is to say, if I saw her running with her dogs during one of her #runstreaks, I would probably yell from across the street… “Hey! Pick up your dog’s poop!” Of course, she wouldn’t hear me, because she would be in the zone and jamming to her tunes. Still, I’m certain we’d connect.

You see, I realized Kim and I could be friends when she began stalking Passat Girl. The story of Passat Girl revolved around an abandoned car parked in Kim’s neighborhood. Kim posted pictures, wrote notes, searched Facebook, and channeled Nancy Drew with her investigative, stalking behavior.

When I saw how Kim openly stalked Passat Girl, I knew we’d be friends. I knew for certain, Kim would not have me arrested for sitting outside her house, eating ice cream, and eavesdropping on her life. Instead, I knew Kim would bring me a chair, a large spoon, and open her window to make listening easier. She would have my back.

So, when I woke up today, knowing I had to create a masterpiece for the smaller blogger’s writing community (aka Yeah Write), I went to Kim. Actually, Kim came to me, alerting me of some new prizes for Yeah Write.

I told Kim that I was probably going to sit this week out, just as I had done the prior week. Within seconds of me tweeting those words to Kim, she responded, “You can write about me, if you want. I’ll send pictures.”

After laughing at the suggestion, I went over to Kim’s blog and read one of her new posts. The topic surrounded the pros and cons of attending one’s high school reunion. As I read her post, I heard myself say things like, “That’s me!” “Exactly!” “Ugh, I hate wine hangovers, too.”

Though I’ve neither met nor spoken to Kim in person, I think I know Kim.

I think Kim is an incredible and involved Mom to Noah. I think Kim found her life-partner in Hot Joe. I think Kim knows the joy of having dogs shower you with unconditional love. I think Kim is concerned more with what is inside a person versus the outside of the person. Kim doesn’t give a rat’s ass if you are red, orange, yellow, green, blue, indigo, or violet. Kim probably prefers you’d shower more than once a week, but hey – she’s still my friend on Facebook and Twitter, so apparently showering on a regular basis is negotiable.

What do you think? Do I know you? Do you know me? Maybe. Maybe Not.

Nonetheless, I hope I get to meet many of my blogging friends face to face one day. I may not click with everyone I meet, but I am certain I’d click with my virtual friend, Kim. (And, I’m willing to remain outside her living room window until she feels the same about me.) 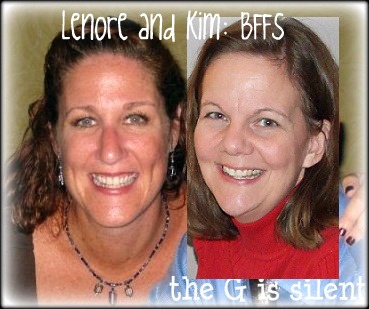