Hold on. You don’t know what fruitcake is? Fruitcake is cake made with chopped candied fruit, nuts and spices. Though some people actually consume the supposedly edible cake, others use the brick shaped concoction for door stops.

.:: Here’s the deal, folks…
With the death of James, this week ‘spent’ me emotionally. James was Rob’s cousin. He was my father-in-law’s nephew. James lived in Jacksonville, FL, and I saw him a handful of times. Still – James and I actively chatted online. Actively. James and I cut-up with each other. He found me funny, and I found him funny. We both appreciated the humor and the laughter. And now? Now, I’ve lost my funny buddy. And, the hole created in my life with the loss of James is huge. I’d love to email James – but ding dang it all, James isn’t here to reply to my email and send me a funny email response to elevate my mood.

I want to be funny. If only as a tribute to James. But, humor is a hard thing to locate right now. Because in addition to losing James, my friend Andrea HT dealing with yucky stuff pertaining to her Mom’s cancer battle. My friend Andrea HT is in the midst of a roller coaster ride, and it isn’t the kind of roller coaster where folks are willing to stand in line for hours to ride.

As I said to Andrea HT, I find myself saying “la la la la la…” in my head, attempting to drown out the sorrow. Hey! I know, in an effort to embrace my crazy and fruitcake-self, I will now change course and start a top 10 – make that a top 8 –  list …

.:: Fantasy Meets Reality
Continuing with my rattling on of rambles, I share with you a story that has nothing to do with anything … this is a story of my fantasy shaking hands with my reality…

One of the Dads I see at my son’s school is on the attractive side, in part because he has very long hair. (Though the hair is just part of his attractive looks…) Rob knows long hair is something I quite enjoy on guys. I’ve tried puling his hair at night, in hopes of increasing the length – to no avail. And, I’ve joked with Rob about this guy, assuring him that no impure thoughts have crossed my mind. Which is a true statement. Still, I find this long haired man nice to stalk – er – look at.

Well, my son had a program and special lunch at school this week, and Rob and I attended. When it came time to sit down for lunch, the long haired man sat across from Rob. My son was chatting with the long haired man’s son (who happens to be in my son’s class). The next thing I know, the two grown men – Rob and the object of my stalking – er – stares – introduced themselves to each other and shook hands. Excuse me?! What?!

As soon as the two men met, I heard the bursting sound of my fantasy bubble. Now that Mr. Reality and Mr. Fantasy are ‘acquaintances’, my desire to stare at Mr. Long-locks has lessened . .  a bit. *sigh* After the lunch, as we walked to the car, I grumbled to Rob about meeting my fantasy man. Interestingly, Rob has been smiling ever since. 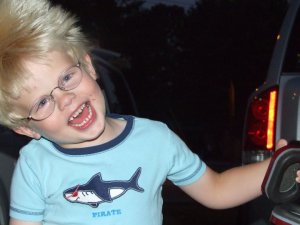 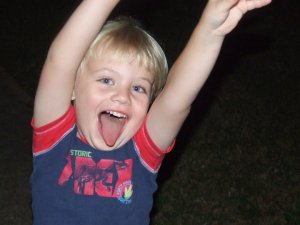 One thought on “Friday Fruitcakes and Fantasies”