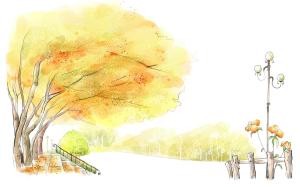 I am a self-proclaimed writer, as well as a dreamer. I prefer sitting and letting my mind wander to getting up and actually doing something. So, when my kids are running around doing this and that, I find myself becoming flustered. I see them being busy, even at play, and I feel guilty that I just want to sit. I open the laptop, in hopes of writing down my thoughts, but I become distracted by the boys at play.

This morning, Rob took the boys to church, and I stayed home. Today is the last Sunday for our minister. The new minister will start next Sunday. The past several Sundays, I have felt awkward going to church and listening to our minister. I was uncomfortable with the thought that he was speaking to a congregation that did not renew his contract. And, I could go into the whole organized religion discussion regarding assigning ministers to one church vs. another, etc. But, I don’t want to go into that, at least not today.

Friday afternoon, I watched the movie “The Jane Austen Book Club”, and I loved it. Absolutely loved it. Later that night, I went out with two gal friends. First we went to eat dinner, and then we went to see a movie. We watched “Letters to Juliet”. I thought it was a cute movie, and I definitely and pleasantly got lost in the romance. I had also gotten lost in the romance of ‘The Jane Austen Book Club”. Getting lost in romances is kind of a new thing for me. Rather, my romanticism is coming back to life.

I can’t say for sure when romance lessened for me. As a teenager, I can remember getting lost in daydreams when certain songs played on the radio. I remember the warm fuzzies I would feel during certain scenes in certain movies popular back in the 80s, movies like ‘Some Kind of Wonderful’, ‘Sixteen Candles’ and ‘Pretty in Pink’. I’ll never forget the warm fuzzies my friends and I had whenever we’d see ‘Rugged Man’ during lunch at O’House, while in college. Even in my mid/late 20s, romance was alive and well.

Perhaps my romanticism waned during the early years of motherhood. Many of the ‘warm’ fuzzies of motherhood consisted of freshly expressed spit-up or a leaky diaper, not exactly the most romantic. Regardless of the why or when, romanticism had taken a back seat in my life these past several years. I’d try to get lost in a novel or movie, only to find sleep overtaking me instead of warm fuzzies.

Recently, I tried to catch the Twilight wave, stepping into the world of Bella and Edward. I enjoyed the three books I read, and I had several tingling moments while reading the books. But the movies? Meh. I am hoping Eclipse will prove more, um, stimulating. Nonetheless, based on the feelings and fuzzies I had during the movies this past Friday, my romanticism seems to be awakening again.

I have spent much of the weekend, searching for my next romantic novel to read and romantic movie to watch. In fact, I look forward to watching a movie with Rob tonight. And, there are benefits to my newly wakened sense of romance and feelings of warm fuzzies. Who knows, Rob may get lucky tonight.