Here’s the thing, yesterday 18 other bloggers and I united and wrote posts related to Reese’s Peanut Butter Cups. My post was more a post of pictures than it was a post of words. The pictures were taken during a family Easter gathering. My son, Charlie, did not make it into the Reese’s post, because he had a hard time grasping the concept that the bearded man was mean.

This shot was taken as the mean bearded man was picking the Reese’s up off the ground, because Charlie was laughing too hard to hold it tightly.

If you haven’t read the post from yesterday, I encourage you to read it – as well as the other 18. 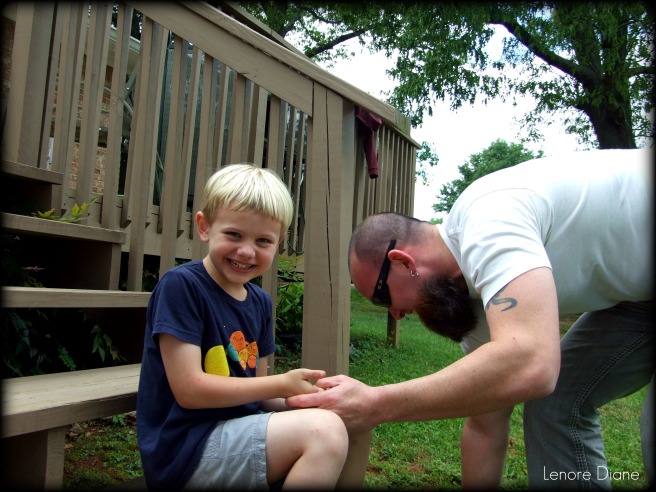