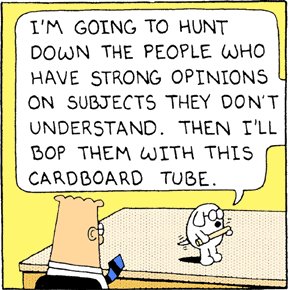 Today is an active weather day, here in the Southern US. Days like today fill me with excitement, curiosity and wonder. It is a dream of mine to become a storm chaser, if only for a day. Weather has always fascinated me, and I suspect it will continue to fascinate me until my dying day.

As I keep tabs on the radar, my weather radio and the skies, I am also aware of the fact that we are all different, and we all have our own passions. Weather is one of many passions for me. It’s a safe passion, in the sense that talking about weather rarely ignites heated debates or controversy. But, I have other passions. And, my other passions do ignite heated debates, controversy and even annoyance. (Then again, perhaps I am annoying – period.)

By blogging, I hope to humorously spark something within the readers. Even those who read just one of my entries and never come back, mean something to me; because, what I wrote either sent them away (perhaps for good) or tweaked their interest to read more posts. Though I’d like to tweak everyone’s interest, I know I have the power to annoy, and I’m OK with that power. (I do wish I could find a nifty costume to go with the power of annoyance.)

I watch the stats tied to my blog. I’m certainly not the most read blog in the blogosphere, but I do get hits; and, I think that counts for something, though for what I’m not sure. And, I find blogging has similarities with Facebook, as Facebook users often use their status to express a random thought or opinion. Plus, one may post an article they found interesting on his/her Wall. I find it interesting to see which posts receive the greatest responses. In addition, I find it interesting to see which posts are ignored.

A couple of days ago, I posted an article on Facebook about a South Park episode that triggered a response from a radical Muslim group in New York City. If you are interested in the New York Times article, click here. Not surprisingly, many people didn’t respond to the post. And, those who did respond ended up debating the abortion issue, which was off the mark, topic-wise. Still, this South Park thing concerns me greatly. I was pleased to come across Jon Stewart’s take on it, and I encourage you to take a look, too. [Jon Stewart Show, South Park]

I don’t have a problem with being different or opinionated. Quite the contrary, I believe differences lead to enlightenment and being opinionated leads to dedication. (Leads to dedication? Dedication to stubbornness? Anyway . . .) Thank goodness for the men and women of our country who are opinionated enough to fight for this country. And, maybe I contradict myself when I mention folks fighting for our country, while mentioning I am bothered by radical groups fighting in the name of their religion. Still, being threatened because of a cartoon makes no sense to me.

I have my own strong religious beliefs, but I am not going to kill someone for depicting symbols of my faith in a comical and perhaps disrespectful manner. Nor am I going to remain silent when I have a strong opinion about something. But, as I tell my boys, I will use words (very loudly) not hands. And, as trite as it may sound, hands are for helping not for hurting. (However, if you are going to take some of my ice cream, please don’t be shocked if I pop your hand. We all have our limits, eh?)

I believe the reaction by one radical group over a South Park episode is cause for alarm. In part, because it was over a CARTOON and the threatening undertone came from folks on our soil. As Jon Stewart noted, the warning came under the shadows of the World Trade Towers – rather, where the shadows of the, now collapsed, Towers once covered. America is a melting pot, and Americans share in the freedom of religion and the freedom to be free of religion. We are all able to speak our mind on views that matter to us, and we have used our voices non-violently for centuries.

Though my fear probably would have resulted in the same action, I’m sorry Comedy Central decided to censor the original South Park episode. Moreover, it makes me mad the radical group threatened Matt and Trey. Why not call for a boycott or peaceful picketing? It makes me sick how extremists, regardless of the faith or cause they represent, ruin it for those of us who like to play together nicely in the sandbox, even when we disagree. Now, please excuse me. I have to get back to the weather, because there is a storm front approaching and I want to go chase it.

What you read is pure Lenore. I write from the heart and off the cuff. Having entertained my friends for years with my crazy thoughts and behaviors, I decided to broaden my audience. I hope you enjoy the show, which is my reality.
Loading Comments...